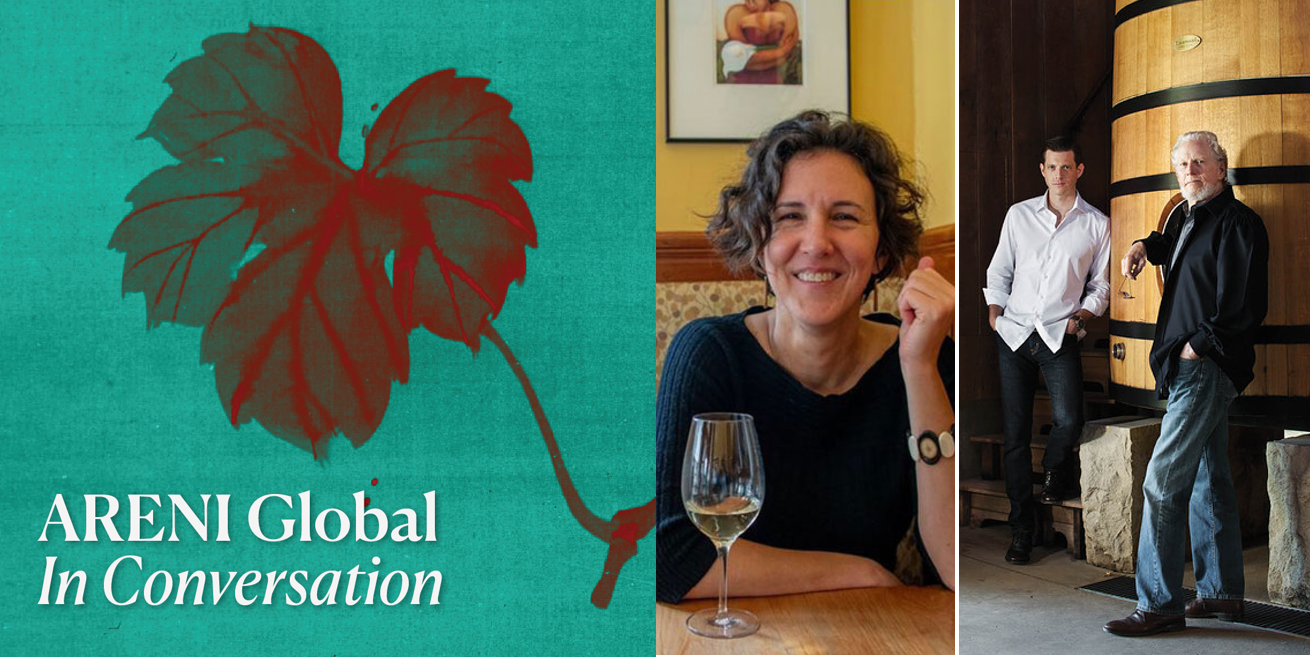 Harlan Estate, founded by Bill Harlan in the western hills of Oakland in 1984, is one of Napa Valley’s most iconic wineries. Famously, Robert Parker said of one Harlan vintage: “This wine possesses all the elements of greatness – individuality, power combined with elegance, extraordinary complexity, remarkable aging potential, and compelling richness without ponderousness.” Harlan also founded BOND, a small collection of wines produced from hill sites across Napa.

In 2008 the family acquired a spectacular piece of land, which they called Promontory, of which second-generation Will Harlan is managing director. Other Harlan properties include the Meadowood luxury resort; sadly, its main building and 3-Michelin-Star restaurant were lost in the recent Glass Fire.

Bill Harlan is in his 70s and so the focus now is on passing the properties and the vision on to the next generation.

This interview with Bill and Will Harlan was conducted by American writer Elaine Chukan Brown.

In a hurry? Here are some of the main takeaways – lightly edited and condensed.

Meadowood was a failing country club when Harlan bought it in 1979. Word quickly got around Napa, and reached the ears of Robert Mondavi, who had been thinking about starting an auction.

I got a call from Robert Mondavi and he invited me to lunch and asked me why I acquired this property. I had this dream, and part of the dream was to someday buy a little piece of land and plant a vineyard, find a wife and raise a family. He said, “I think the Napa Valley has a lot more potential than that,” and I asked him, “how do you happen to have invited me here to lunch?”

He said, “my personal interest is that at this time in my career, I feel that a Napa wine auction would be interesting to do in the Napa Valley, both to let the world know that the Napa Valley exists, but also to raise money for the community.”

From there it evolved. He said, “what I’d like to do is to give you some perspective on the potential of the Napa Valley.” Even though many people had been here for a long time, he felt it was the beginning. He sent me on a trip to two weeks in Bordeaux and a week in Burgundy and he set it up for me to visit the First Growths of Bordeaux and a handful of other châteaux and mainly the Grand Crus of Burgundy. At the end of the trip in Burgundy was the Hospices de Beaune, the wine auction that’s been going on for many decades, and I came home from that trip with a whole different perspective, basically on time, on how long it’s taken these places to accomplish what they’ve accomplished, and what the potential of the Napa Valley might be. Robert Mondavi was a great inspiration and someone who opened my eyes to a lot of things.

Will, you’ve made the point that there is this other work that Harlan does that supports the community, but wine growing is the central goal of the work that you do. Your mentorship and professional development program for wine growers is admirable. Can you tell us a little bit more about that?

‘Succession’ is not just a family concept, but something important to us on the business and wine growing side. The continuity between generations of winemaking teams. What [winemaker Cory Empting] has been working on implementing over the past six or seven years is establishing a training and educational program for the vineyard workers, as we transition to an approach to farming that gives each worker part of the vineyard that is their responsibility. They are responsible to farm that throughout the year. In order to get to the point where we trust the performance of that worker, we really need to invest a lot and so Cory’s developed a program he calls the Vine Master Program and it’s got Apprentice, Journeyman, and the upper level is the Master. It provides a way for our vineyard workers to hone their skills. We started on it in a somewhat experimental way, but it’s far surpassed our expectations and really provided a path to elevate their expertise and the earnings of the vineyard workers.

I’ve been lucky enough to spend a couple of different visits walking vineyards there at different estates and one thing I have to say is that my legs were sore afterwards,  because some of the vineyards are on incredibly steep slopes, but the other thing I want to say is the forward thinking aspect of how farming is done at Harlan and Promontory is impressive. There is a lot of work being done on regenerative agriculture and water use. You’ve famously said that you have a 200-year plan. Can you speak about that and how you think about that?

After doing a lot of thinking, a lot of visiting other wine growing regions, we came to the conclusion that we needed to start with the very best land. The next thing after finding the land is finding the people who you can learn from, from the planting of the vineyard to the raising of the vines to really harvesting the fruit. I started with a fellow by the name of Bob Levy [the director of winegrowing]. I started working with him in 1983. Bob is still with us. Don Weaver our director, he came in 1986, and Lily who works in the office, it’s her 38th year with us. One of the most important things for us is continuity. It takes generations to get to know a land and if you have different people coming in you really lose that continuity and that understanding.

With each of those core team members, you’ve had to go out to find their successor. We always assume the family must be leading the charge, but what you described is another way of thinking about generations working together. How do you create continuity over time?

The family are the stewards of the land. We are responsible for the culture and philosophy and making sure these things stay intact over generations. But for leadership itself, if we’re lucky we would like it to be a family member, but we know the odds aren’t in our favour for every generation of family. It’s a different type of role, much more strategic. How do we continue to create those relationships within the trade, distribution, private clients; leadership is more of a strategic role, whereas the family will always be the stewards of the land.

Look at businesses that have lasted more than 300 or 400 years and there are a few things they have in common. One is that they’re family owned. One is they’re based on the land and they have virtually no debt. To be able to make it through feast and famine and different political administration, wars and these kinds of things, we need to be thinking about all these things all the time. The family is important and the land is important. Wine growing is the art of man and nature; nature is where it all begins, but nature without the human element isn’t going to turn a wild grape vine into a wonderful bottle of wine. None of us can do it alone. It takes a lot of people working together and dealing with the vagaries of Mother Nature.

How do you understand your role as the first generation?

For the first generation it’s been acquiring the land, building the culture, continuing to take risks, continuing to evolve. The vision needs to be clear enough to communicate what we want to do, but loose enough so we can adjust along the way, because each year we learn a little more. If we had a vision that was too clear or too tight we wouldn’t have the room to evolve and adapt. The vision has to be a little fuzzy in the beginning. The purpose behind it all, why are we doing this, and that doesn’t change. Our core values don’t change.

We need the staying power to last through good times, bad times and impossible times.