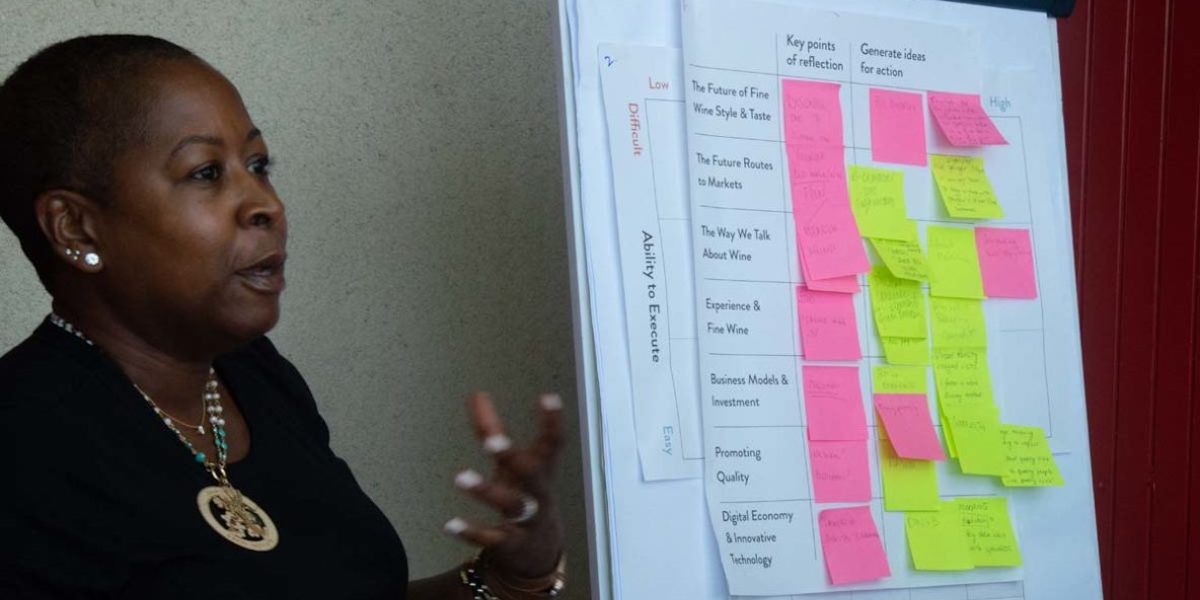 Julia Coney is a Washington, D.C. and Houston, Texas-based wine writer, wine educator, and consultant. She also identifies as a woman and a person of colour. Perhaps you think that for someone whose profession is based on the written word these details shouldn’t matter, but Julia has become somewhat of an evangelist for championing not only diversity, but more importantly, inclusion – particularly in the wine industry where, sadly, we’re not as evolved as we think we are.

“Take out of your vocabulary ‘I don’t see colour’,” says Julia. “Everyone sees colour. When you see a person, you can’t say you don’t see colour because that is false. We all see that. It’s how we react and respond to it that matters.”

Having started her writing career in beauty, Julia eventually segued into wine. Immediately, she found herself being dismissed by other industry professionals. At tastings, she would be elbowed by other attendees. Those behind the table would pour her less. She would endure comments that all black people only like sweet wine, specifically moscato.

Even worse, she started to notice that there was a lack of understanding in how hurtful language can be, with people flippantly using words that can have a negative connotation to describe groups of people. Also, such words can mean different things in different countries. One example Julia uses is “coloured” versus “person of colour”. In the US,the former conjures up negative associations of slavery and segregation, where in South Africa the word doesn’t provoke the same reaction.

And this doesn’t just apply to race, but gender, age, body shape and even disabilities. Most women can relate to the feeling of a man being handed the wine list at a table, even when she is the more knowledgeable of the two (and even watching as he’s offered the wine to taste, when she ordered the wine). We need to be careful about how we use words, actions and images to talk to both customers and industry colleagues. The more we look around at the wine world, the more we see that it doesn’t truly reflect the real world we live in.

Back in 2018, one of the US’s most successful female wine personalities, Karen MacNeil, published an article in Somm Journal entitled “The Wine Glass Ceiling,” highlighting 36 women in the wine industry, a typically male dominated space. However, not even one of these women was a woman of colour. Julia noticed this, and responded with an open letter to Karen, stating that “your wine glass ceiling is my wine glass box”.

Julia says she’s very comfortable having uncomfortable conversations, but many others simply aren’t. She says that broaching this topic with Karen has been a step towards progress, and they’ve had many productive conversations since. But it takes that initial, uncomfortable step to address something that can be difficult to talk about. The black market in the US is a $1.2 trillion opportunity, of which 40% is spent on wine and spirits. The spirits industry has figured out that they need to partner with the black population, in order for black buyers to purchase their products. The wine industry, unfortunately, is lagging in this.

So, how does the industry approach diversity better? First of all, by acknowledging itsimplicit biases, and take action to overcome them.

Here are some ideas discussed with Julia: