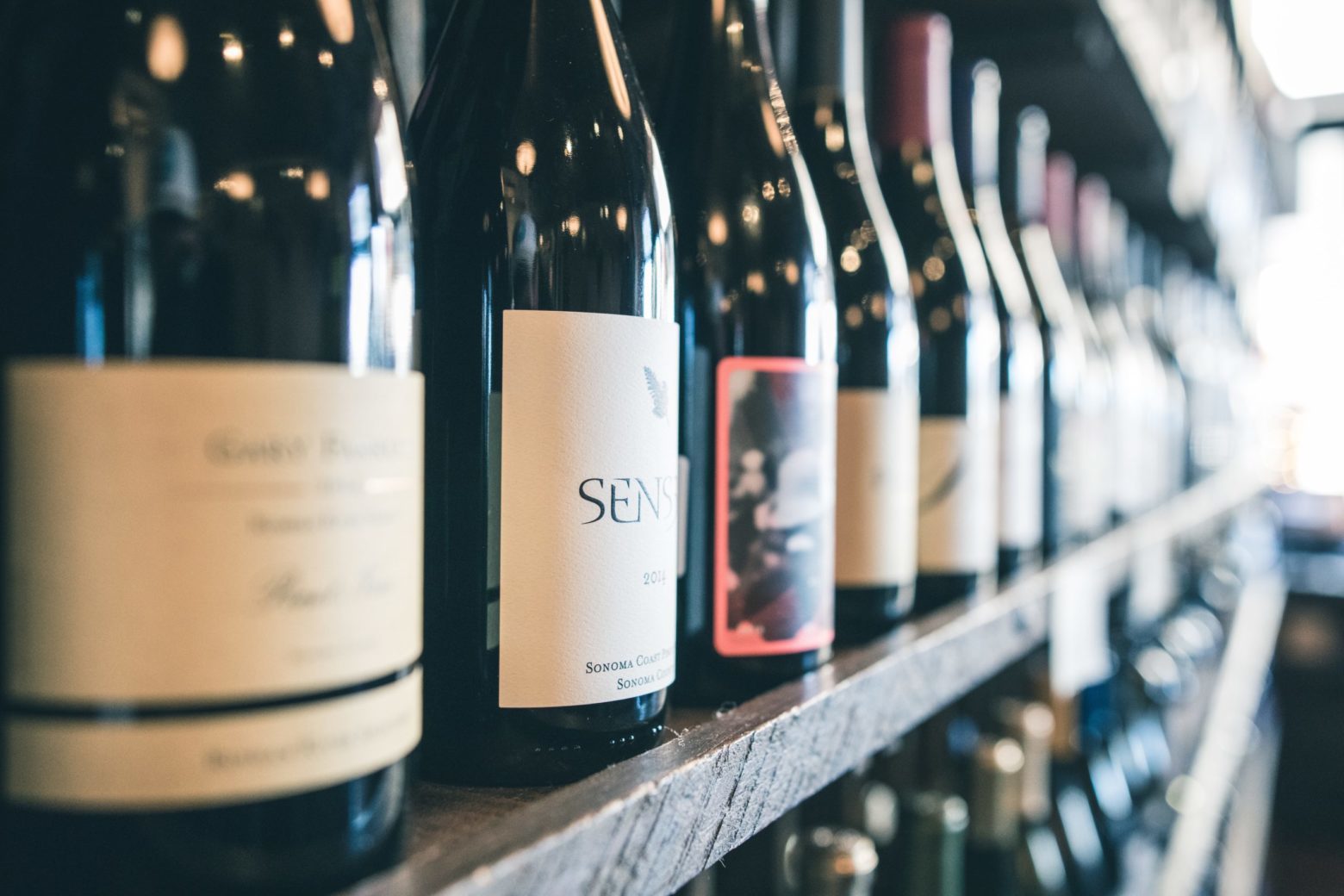 ARENI invited Geisenheim University’s Professor Monika Christmann, the current vice president of the International Organisation of Vine and Wine (OIV) and Dr Ignacio Sanchez Recarte, the secretary general of Comité Européen des Entreprises Vins (CEEV – European Committee for Wine Companies), to a discussion about wine labelling, and about upcoming World Health Organisation (WHO) proposals around alcohol, and what they mean for wine.

Main insights – lightly edited for length and clarity, below:

When we talk about labelling in wines becoming mandatory in the European Union, what are we talking about? What is going to be listed?

Ten years ago, the debate exploded on why wine should be exempted from the nutritional declaration: how many proteins, fats, energy, carbohydrates, et cetera, there is in a food product. In 2011, there was new legislation adopted into the European level, which render those elements mandatory for all food except for alcoholic beverages. So, there was a big debate at the European level. After five years, seven years of debate, the European Commission had a report that more or less can be summarized as: There is no reason, technical or ethical, for the alcoholic beverage to be exempted from the nutritional declaration.

We recognize that we needed to modernize the way we communicate to consumers. In that context, we pushed the European Parliament, and the councils or the member states, to propose to render those elements mandatory. And today we’re in the middle of the negotiations for a final adoption of this package.

The first thing is the communication of the nutritional declaration, with the specific rule that the nutritional integration would be limited to energy value only. It will be up to the producer to decide to communicate everything, or just the energy. The calculation of energy is set by the legislation. You have four, five elements that need to be considered. Alcohol and sugars are the biggest ones. You just have to analyse your wine and you have the result. It will be voluntary for you to communicate the carbohydrates, the fats, the proteins, the salt, which except for the sugar, is normally zero in the case of our wine.

And you won’t have to change it every year.

Yes. But this also applies to the rest of food. When you communicate these values, they shall be based on average values of the producer. And we are working on a system where the produce will not be forced to change the label each year, because of one kilocalorie more or less.

How do you define ingredients?

The first paragraph in the wine law says ‘wine is the product exclusively made from grapes’. And there are materials which are used for the production of quality wines. We are now differentiating between so-called processing aids, which are used during the winemaking process, but you cannot really find them afterwards anymore. But they’re also things which are added, which you will find later on [in the wine] and this will have to go on the label in future. And here, for example, I’m thinking of acids because due to climate change, we see that the pHs are going up and the acids are going down. For sure, they need to go on the label if they are added.

There are also technologies out there which allow us to produce wines without any additions, at least for some of the components. I was just mentioning some acids. So instead of let’s say adding tartaric acid, or malic acid, or lactic acid, we can also work with so-called bipolar membranes, which allow us to filter out some of the components which are binding acidity. As you are only removing something and not adding anything, that does not have to go on the label.

Are we 100% sure of everything that will need to be on the label?

I will put my hand on the fire that we will end up with mandatory communication of the list of ingredients. That’s for sure. However, there is a super opportunity: We will be authorized to use e-labels. We will see the list of ingredients on the label or on e-labels; it will be up to the producers to decide how to show them to the consumers.

The OIV started the classification of substances that must be on the list of ingredients, and processing aids that are not to be included. OIV did the work, and the European Commission copied, pasted, adapted, transposed the OIV recommendation into legislation. We wanted to have the legal certainty for our producers to know that if they are using a substance, whether they have to list it in the ingredients or not. This is completely different from other industries. In other industries, there is sometimes room for interpretation between what constitutes an ingredient or a processing aid. In our case, we wanted legal certainty. And we have it.

There’s no food packaging, I guess, where you buy a packet of cookies and you know how this cookie has been made, and you know the type of oven. Full disclosure could include processes, and the winemakers will have the option to do that on the e-label.

I really think there’s some sort of difference between the consumers; there are people who are interested in fine wine, who might have a certain interest in how the wine was made and the area where it was grown, and so on. But I think the bigger market share is the so-called, ‘bread and butter wines’. And I hear people say, and I quote, “I really, really like wine, but sometimes I feel so stupid because I don’t understand. I just want to enjoy that.” And then I think, “Hmm, maybe sometimes we go a little bit overboard?” It’s very complicated to find the perfect way, which really makes all of them happy.

Just to make it clear: those regulations will apply not only to people that are making wine in Europe, but to everyone selling wine in Europe. If you’re an Australian and selling your wines in France, you will have to apply to those rules. Right?

Yes. So the legislation applies to any wine put on the EU market.

Australia, and now also the UK, are members of OIV. And so, I think there will be a certain influence there.

And when can we expect this? In July there will be the CAP (Common Agricultural Policy) reform which should settle that wines no longer have an exception for labelling. And then what’s going to happen? What are the next stages?

We are expecting the legislation package to be adopted before the summer. Maybe June. And then we expect that it will apply one year, or one-year-and-a-half after its adoption. So be ready that by the end of 2022, all the wines on the market will need to have this information.

We have developed guidelines for our members, to explain how to calculate the nutritional declaration. We have been working hard to allow a linguistic free communication of the energy. So producers will be able to use the E symbol for energy, along with a number; they will have the 24 official languages of European Union in one line without repeating it. We realized that it is extremely complex for wine companies to develop their own digital system.

We are working on a digital platform that will be open to all producers, so that they could create their own E labels. I hope it will be launched at the end of March. In one click, you will have an accurate code you will be able to put on your label.

Which are most likely to be adopted by member states?

That’s a very tough question, to be honest. When you look back 20 years or 25 years ago, and something similar started for tobacco, nobody saw that it’s going to a direction where not so many people are smoking anymore, because at that time, it was quite common that nearly everybody was smoking. And here we are years later, and the total use or the consumption of tobacco has really gone down. For alcohol, it’s a little bit of a different story here because we very often say “alcohol”, but we don’t see the difference between the different alcoholic beverages. And as Ignacio, mentioned before, when we did the calculation, for example, on the calorie content of a drink, it was very hard to determine what is a drink. Is it a 100 millilitres? The wine people said, “Okay, we can live with that.” The people from the distilled beverages said, “A hundred millilitres? Come on.”

We see that there is a very strong movement from the WHO against alcohol consumption in general. And we also see that different areas of the world have very different understanding of what is alcohol and alcohol consumption. When you go to Scandinavia, for example, every little drop of alcohol seems to be dangerous, while in the southern areas of Europe, it’s part of daily life. It’s really a question of how you are interacting with alcohol or with wine, in general. And I think we cannot really just say wine is alcohol. Wine is more than that.

We are under attack. And we are at the critical moment. We may survive with new rules on labelling, on the harvest year, new rules on processing aids, new rules on planting authorizations, whatever, but the disruption that these anti-alcohol forces are leading are just dramatic. These policies are there to limit contact with the alcoholic beverage. They are not there to control that people does not misused alcohol, they are there to limit the per capita consumption.

So far we’ve only talked about the negative aspects, but we already see there is a tremendous change on the production side. I did my PhD thesis on alcohol-free wines, and I was nearly shot for that because it shouldn’t be called wine. Forget it. But now, here we are years later and it’s a big thing.

When the market needs wines with lower alcohol levels, then we have to produce that. There’s a very strong demand for these products. We are already reacting. For many years, we’ve been selecting yeast with very high alcohol outcome. Now we are trying to find yeast, which produce lower levels of alcohol.

The Insight Series are part of our annual research and action program. They aim to provide a platform for international thought leaders to share ideas and address global issues collectively.