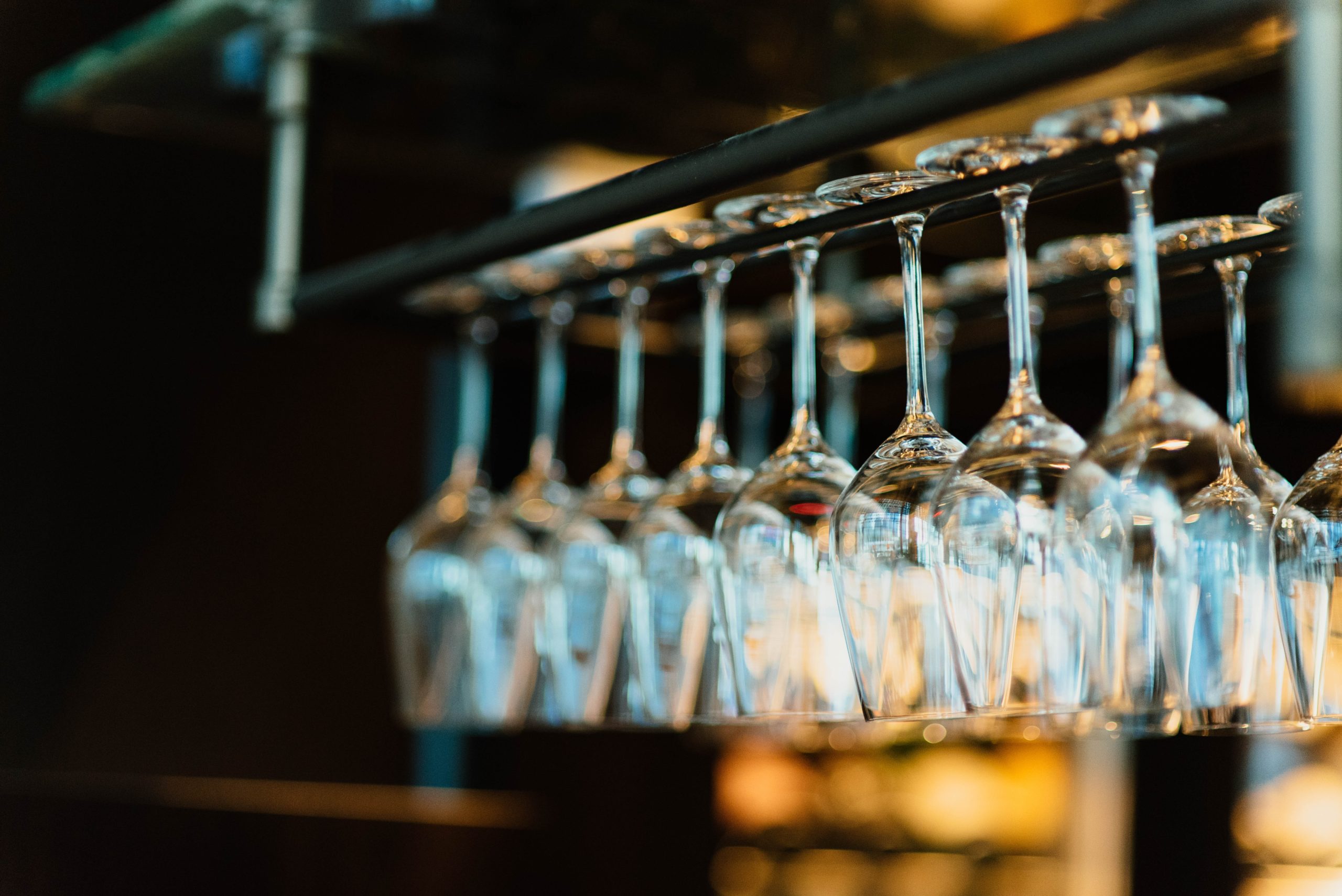 Picture by Chuttersnap on Unsplash

The statistics are grim. At the end of 2020, when the media began tallying casualties, it was clear that the USA had lost about 110,000 restaurants—in other words, 17% of the country’s restaurants were gone, with thousands more teetering on the edge.

By the start of New Year, there were 660,000 job losses in hospitality in the UK, with many restaurants saying they were worried about bankruptcy.

In the EU things looked slightly better, but mostly because European governments kept restaurants and workers afloat with massive subsidies. But once the subsidies are over, experts believe a wave of closures are on their way.

What does this mean for the wine list? The on-trade accounts for 30% of total European wine sales—and represent 50% of all wine value. Just as significantly, what does it mean for sommeliers? What role will they play in the post-pandemic world?

ARENI convened a round table of experts and asked James Tidwell MS, the founder of TEXSOM to co-moderate.

Post-pandemic restaurant life will likely look very different to the pre-pandemic hospitality world. Restaurants will probably carry less inventory once they open, said Laurent Plantier, the co-founder of Ducasse Paris and partner in FrenchFood Capital, France. “I believe it will be a shorter menu, a shorter wine list, and less inventory,” he said. “It’s the way they can adapt and still make money.”

He also said there are probably two kinds of consumers who will return to restaurants, post-pandemic. The first will want to eat more consciously and sustainably. “Plant-based, less waste, sustainable,” he said. The second group are those who did well out of the pandemic, either because their businesses prospered, or because they could save money. This group will want to celebrate. “It may be a bubble—a financial bubble, increasing the value of Bitcoin and increasing the value of contemporary art,” said Plantier. Restaurants which want to cater to this group will need to offer experience-focused, lavish and highly creative offerings.

Jon Pepper MW, managing director of Tenute del Mondo, an ultra-premium wine group, agreed this was a very strong possibility. “When the world came out of the First World War, it sparked the Roaring Twenties,” he said. “There was this huge explosion and celebration around the world.” He believes, he said, that a combination of 20th century-style hedonism and 21st century consumption patterns will ignite a boom. “The real challenge for restaurants, for the on-trade and for the trade suppliers, is going to be how to cope with the unpredictability of that.”

For him, the key is flexibility. “In terms of distributors’ offers, I think there will definitely be a focus on value. I say ‘value’ rather than cost, because I think consumers will want to spend money, but they will be cautious after a period of not going out.” After all, people were ordering wine online during the pandemic, and now have a very strong sense of the value of a bottle of wine—and they may no longer be willing to pay for restaurant mark-ups.

His advice is that everybody should watch what happens in those global markets that recover first, “and take the learnings and translate them into local markets”.

On the distributor side, the trade needs to be able to offer smaller deliveries at a faster pace, while being flexible about credit terms. “I also think restaurants can add value by recognising that restaurants are going to be short-staffed as people come off furlough,” said Pepper.

Another consideration is that corporate entertaining may not come back for a while, if at all.

“That’s very situational,” said Ray Isle, the New York-based editor of Food & Wine magazine. “In the financial district in Manhattan, there’s no one here. The buildings are empty, and there’s a sense that the large financial companies aren’t going to bring people back to the offices. That has a direct impact on restaurants in this neighbourhood.”

Re-opening restaurants may not go as smoothly as expected—restaurateurs may have an unexpected staffing problem.

Many highly sought-after sommeliers have used the pandemic to find other ways to connect with customers, through doing Zoom tastings for private clients or other avenues, and some have found their earnings have increased. Other staff will have spent the year rediscovering what it means to have evenings free, or to spend time with family, and may not want to return to the hectic pace that’s typical of restaurants. In other cases, ex-pat sommeliers who were immersing themselves in the opportunities available in big metropolitan cities may have returned home.

As Isle said, “There’s a story about a somm in Philadelphia who’s now managing a bicycle store. Does he go back to being a sommelier?”

For some restaurants, the answer to the staffing problem may be to abandon covers, tables, service and sommeliers altogether.

The rise of the dark kitchen

“Dark kitchen, cloud kitchen, virtual kitchen—there are many names,” said Stephan Leuschner, director of international key accounts for the Swiss company Rational. “In the end, it’s all the same. It’s a kitchen made for delivery purposes only.”

Leuschner said that the pandemic had accelerated the rise of dark kitchens, as the demand for food deliveries exploded. “We can expect that approximately 10% of food eaten worldwide is delivery food,” he said. “The prediction is that by about 2030, up to 30% of any dollar spent on food will come from delivery.”

He said that dark kitchens are moving to be able to produce Michelin-quality delivery food; at the moment, there are still some limitations—things get cold as they’re being whizzed through the street and re-heating in a microwave damages the preparation. High-end platforms are working on ways to produce menus that arrive in perfect condition, which opens an opportunity for wine. After all, the kind of customers willing to order a 10-course meal will want the wines to match, or even small servings to match each course. “I would expect someone giving me online entertainment like introducing the wine to me,” said Leuschner, adding that such experiences were already in development.

Sommelier Tinashe Nyamudoka, founder of Kumusha Wines in South Africa, added that dark kitchens will make fine dining affordable to more people, once restaurants can prepare it without their normal overheads.

Antoine Abou-Samra had a less utopian view. The founder of the multi-media production house Table for Two in Lebanon, he pointed out that the restaurant “is a social place. The whole purpose of the restaurant is to see other people and to socialise,” he said. “If everything is just going to end up being screens and people on a call, and food at your door, that would be sad.”

He thinks restaurants will remain physically important places, but says that “the relationship with ingredients, food and cooking is more important than it used to be. People are much more aware of the importance of the produce, and understand their selection has an impact on the environment.”

Abou-Samra explained that the financial crash in Lebanon had economically ruined a large section of the population and that, plus the new awareness of sustainability, had led to a rise in people buying and growing local produce, and rediscovering local cuisine—and he believes this is a foreshadowing of a trend that will become widespread.

A two-track system ahead

As in other sectors, the pandemic has accelerated underlying trends, from digitalisation to an even greater focus on sustainability and social equity. It has also split economic life in two, with one group of people earning more and saving more during the pandemic, while another has suffered hardship and unemployment.

Remote working and the new embrace of digital life will mean more delivery services offering better choices, with a side order of digital education and entertainment. The wealthy will probably jump at the chance to eat fine, chef-prepared food while watching Netflix. When they return to physical restaurants, they will also want spectacle and luxury conjured from ethically-sourced ingredients, and preferably served by properly paid staff.  Yet they will also demand good value wines, like the ones they’ve been ordering online.

Restaurant owners, with fewer corporate customers and the memory of very recent hard times seared into their minds, will want fewer wines and less money bound up in stock. Their staff will also have bad memories of what it was like to be unemployed or furloughed for a long period, so may look for work outside the sector.

How will these circles be squared? For a long time, restaurants have been low-margin venues that rely on staff willing to work long hours for moderate pay. Clearly, a major shake-up is coming.

Restaurant dining will never go away, but it is on the cusp of transformation, and wine needs to be prepared to offer better wines for the same price, and smaller orders. While there will be new opportunities on the horizon, wineries would also be well advised to keep building their direct-to-consumer capacities.