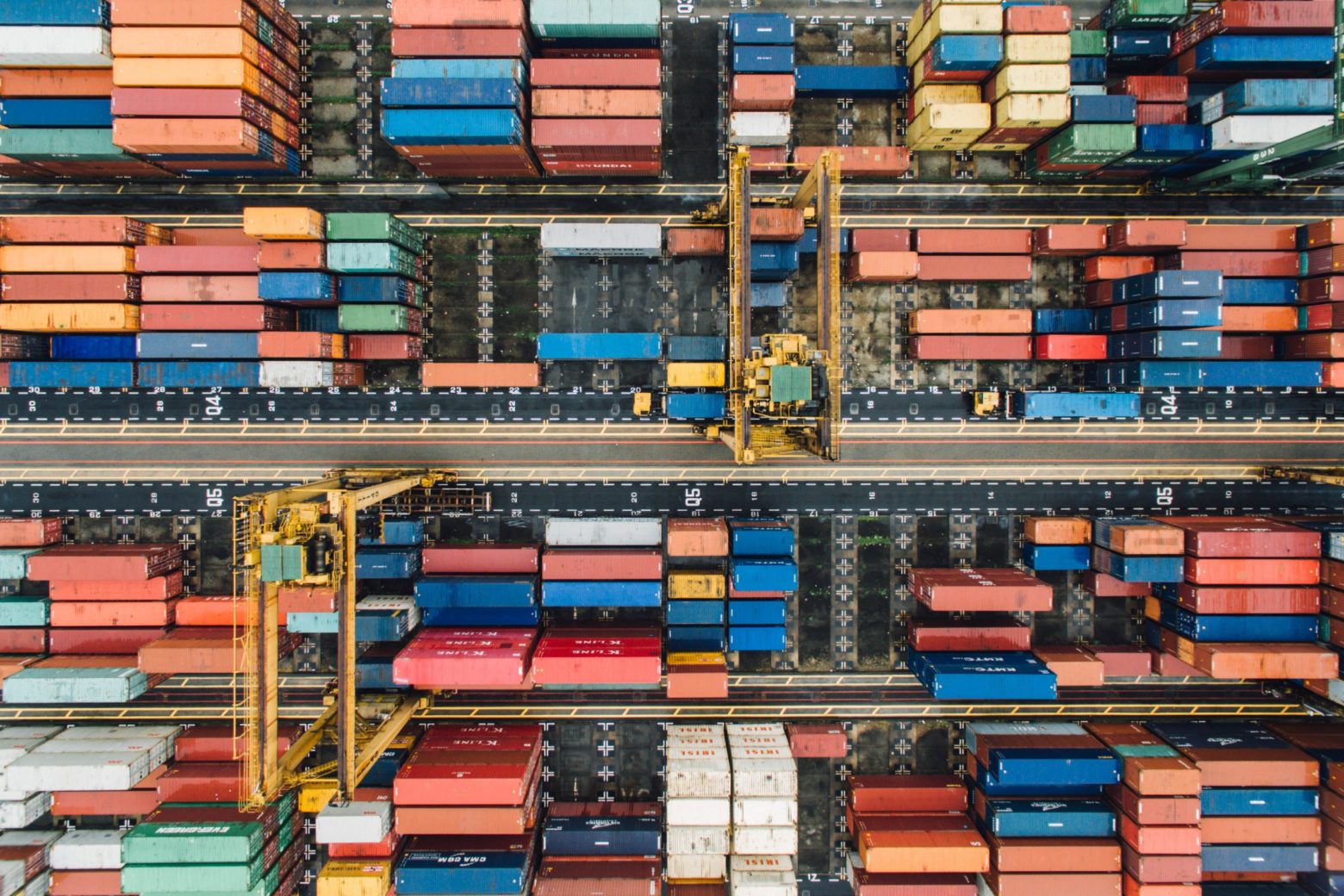 At ARENI’s first roundtables in 2020, the discussion focused on export markets, Millennials, influencers and routes to market.

The topics were much the same this January, but the tenor of the conversation was completely different. To say there was a lot going on is an understatement. For a start, there was the pandemic that shut down the on-trade and ended international wine tourism. Then there were the US tariffs on European wines, plus Australian producers turned away from China, and South Africans facing an alcohol ban. Not to mention the chaos of Brexit.

Yet 2020 brought some positive changes too, opening the door to bright possibilities in 2021. All this and more was discussed in our January webinars and round tables, as was the question of the new labelling requirements which are coming to the EU.

“Trade will continue to be an issue,” said financier Xavier Rolet KBE. “We’ve seen the impact on European wines of the dispute with America.” However he believes that what’s happening in global markets is “a recalibration”.

While Mr Rolet thinks the tariffs are unlikely to be reversed quickly by the incoming Biden administration, relations between the USA and Europe are set to improve. Not only that, but the new administration’s economic measures “are likely to give a substantial shot to the American economy. We can certainly expect the second half of 2021 to be much, much better than what we’ve seen so far. The prognosis is positive”.

It’s also clear that China has become an essential part of the global demand chain, “so it will be an essential market if you’re in the consumer business”, though the outlook there is still gloomy for Australian wine producers.

Mr Rolet’s words echoed those of Constanze Stelzenmüller, a Senior Fellow – Foreign Policy at the Brookings Institution who, in an earlier session, told ARENI that the past four years of the Trump administration had “reinforced the importance of democracy and democratic values as the glue that binds Western nations together” and shown that it was “a huge mistake to assume that democracy is self-renewing and self-repairing”. In her view, it’s imperative that ordinary citizens participate in maintaining civil society, even if that means something as mundane as turning up to vote.

Ms Stelzenmüller also believes that the Biden administration will mean “a return to professionalism, competence and predictability” and a repairing of the trans-Atlantic relationship, though she also believes that the tariffs may not magically disappear. “The domestic turmoil in the United States is an important factor in the Biden administration’s trade policies,” she said.

“This will not be a gung-ho Reaganite, free trade, no-holds-barred administration. It will have to look to its domestic voters and what they want. And some of the Biden administration’s trade policies could therefore look quite protectionist.”

If our experts are correct, it may be some time before European wineries can trade freely again with the US market, or Australia with China, but this could be offset in part by an economic rebound towards the end of 2021.

ARENI began the year with a bang, with two roundtables involving numerous high-level participants. As these are conducted under Chatham House rules, nothing that is said is attributed, to allow participants to speak freely.

Here are some of their thoughts on how this year is likely to go in terms of trade.

A Year Cut in Two

Experts agree that, unless producers are very active in the Chinese market, the commercial year is likely to be bifurcated. The first part of 2021 will be similar to the end of 2020, with a focus on recovery, as businesses use the time to continue to change their programmes and processes. The second part of the year should see an uptick in regional travels, as well as a global re-opening of the on-trade and hospitality sector – assuming there is a widespread and successful vaccination campaign – bringing growth back to the traditional trade channels.

One thing was clear for ARENI’s panellists: sales in 2021 won’t be the same as those of 2020, and commercial teams shouldn’t base their forecasts on last year’s results. It is particularly hard to predict how the emerging online trade will perform when consumers can once again dine in restaurants and frequent bars. Commercial managers are generally forecasting that their sales will be on target in 2021, but they expect that distribution channels may be unpredictable, and require quick switches.

Overall, participants were very positive about their ability to grapple with uncertainty. Last year left them convinced of their ability to diversify their revenue efficiently and engage with their customers. “2021 will be about creating opportunity for the consumers to spend, and as far as we are concerned, we leave no stone un-turned in order to do so,” said the export manager of one prominent US winery.

“2021 will be about creating opportunity for the consumers to spend, and as far as we are concerned, we leave no stone un-turned in order to do so,”

For many, it means considering options that once seemed impossible. “I would have never guessed that a year ago, but I had massive success doing live-streaming in China,” said the owner of a Grand Cru Classé estate in Bordeaux. “Through platforms like Taobao, I managed to speak about my wines and wineries in front of 500,000 Chinese [people]. It’s been a crazy, successful experience.”

An executive from a 5-star European hotel is proud to say that they are second only to McDonalds in their area when it comes to deliveries, thanks to the efficient food and wine system they put in place – yet only a few months ago, selling outside of their premises was inconceivable.

Marketing managers are also re-thinking budgets, with many moving from spending money on press and point of sale promotion to digital, whether that means developing their own e-commerce websites or creating digital content such as photos and videos, for digital retailers and other partners.

One of the main insights of the roundtables was how local wine sales have become in some markets: Thanks to the US wine tariffs and international travel restrictions, European wine producers are making more effort to sell to their own markets, instead of sending wine abroad. As one French producer said in a tone of wonder, “I’m selling to France!”

There are still export bright spots: Japan and South Korea are seen as booming markets. As the population can’t travel, the sale of luxury items, including fine wines, have soared and are expected to keep growing in 2021. China is in much the same position, and there are signs that consumers have made up for the loss of Australian wines by embracing wines from elsewhere, notably France and South Africa.

Export managers are also focusing on monopoly markets, whether in the Nordic markets or Canada, where panellists reported that sales have boomed, particularly of organic and biodynamic wines.

Competition is likely to increase in mature markets, not least because some restaurants have apparently quietly sold their stocks, increasing the flood of wine entering the market. Investment-grade wine is not moving around the world as much; wines sold at auction in the USA are now being drawn from stocks inside the country. Airlines too are getting rid of their wine, while Australian wineries are now actively searching for new markets to take the wines previously destined for China.

Brexit has also introduced plenty of friction to the trade between the continent and the UK. And, finally, the world’s shipping lanes are moving slower than usual, as containers get scarcer and more expensive.

The Importance of Ethics – A Change in Language

Another theme that emerged is that wineries need to think about their ethics and how they communicate them to the public. It’s not enough to have a sustainability message any more – Gen Z consumers are “very sensitive” to these issues, particularly when it comes to the question of diversity.

For more on what is at stake in terms of Ethics, Food Habits and the Future of Fine Wine, see: “Codes, Norms and Beliefs – How the way we eat and drink is changing”.

Dr Ignacio Sánchez Recarte, secretary general of the Comité Européen des Entreprises Vins (CEEV) told ARENI that wine labelling laws are about to change. Soon, producers will need to list alcohols, energy levels and sugar. “Negotiations have not ended and we may face a final surprise, but if legislators agree on the approach, we will see the list of ingredients on the label or on an e-label,” he said.

Professor Dr Monika Christmann, vice-president of the OIV, said that the new labels will have to list anything used to make wine, if it can be found in the final wine. Processing aids – which don’t stay in the wine – will be exempt.

When it comes to the question of consumer impact, Dr Christmann says it’s important for the wine industry not to overwhelm consumers with too much information. “There are people interested in fine wine who may be interested in how the wine was made and where it was grown, but the bigger market share is bread and butter wines,” she said, where people are often intimidated by wine itself, without having to grapple with even more information.

Dr Recarte says the e-labels should offer producers a way to communicate beyond the mandatory ingredients, if they want to tell the full story.

As to when this will happen, Dr Recarte said he’s expecting the recommendations to be adopted around the European summer of 2021, to go into effect by the end of 2022. Anybody who is selling wine into the EU will need to comply with the labelling requirements.

Dr Recarte said the CEEV is aware of how daunting the challenge will be, especially given the multitude of languages within the EU. “We are working on a digital platform that will be open to all producers, not just our members, so they can create their own e-labels.” He said he hopes this will be launched at the end of March 2021.

The implications are enormous. How will consumers react to the new information? Will producers turn to high technology to solve winemaking problems, so they can keep their ingredient list to a minimum?

It’s one more sign that 2021 will be just as disruptive as 2020. To keep abreast of what’s happening, be sure to sign up for ARENI’s next webinars and newsletter.