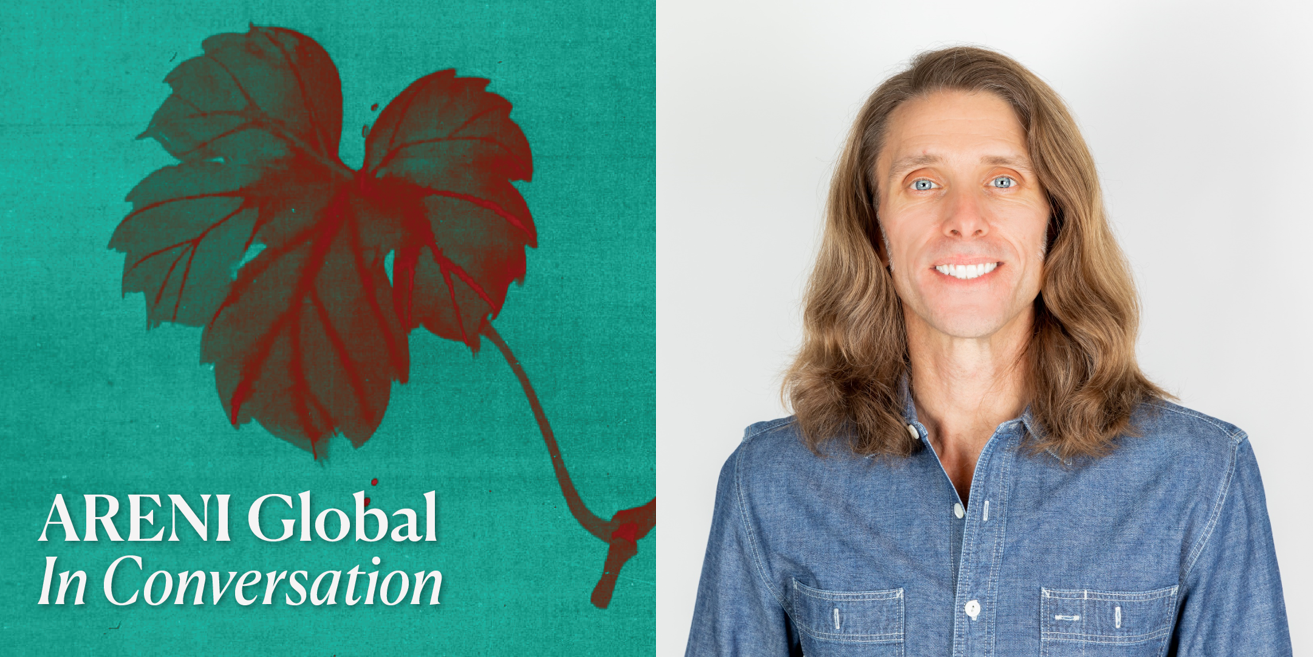 Tim Angelillo is the founder and CEO of Sourced Craft Cocktails, the largest craft cocktail delivery company in the USA. Tim has had an illustrious career in experience marketing, beginning at Sports Illustrated in the 1990s. He went on to work for such companies as Yahoo! And advertising agency R&R Partners before he founded Sourced Craft Cocktails. He spoke to ARENI about navigating America’s three-tier distribution system and building an experiential business.

This is a lightly edited and condensed version of the conversation with Tim Angelillo. In the full interview, he dives deeper into building a digital and experiential business. It’s worth a listen!

Tim, thank you so much for being with us today. We’re going to talk about cocktails, which is the perfect time of day because it’s five o’clock. You are based in the USA and before I dive deep into your business model, the US has got a very particular distribution model. There are always intermediaries needed to enter the US market and to reach the final consumer.

What you’ve just outlined is what we in the US refer to as the ‘three-tier system’. It really is based on history, so I’ll just give a little context about why the distribution model hasn’t innovated in 88 years. It really comes down to the three-tier system, which was founded on December 5th, 1933. It’s the 21st amendment to the United States constitution. So that’s what we are regulated by. And you have to remember when you think about 1933 in the United States, that the Great Depression, the worst economic decline that this country has ever experienced was at its height. It was literally the worst of the worst of the worst, because it had 50 million Americans who were on a bread line, which meant they had no job and they were food insecure.

The way that the us government decided to get itself out of the Great Depression is what we refer to as the New Deal. The president at the time, Franklin Delano Roosevelt, had this big plan about putting Americans back to work. The government itself was going to act as the employer, since the private markets were all in such bad shape. What ended up having to happen was the government needed tax revenue to pay for these public works plans, right? Building roads, building tunnels, building highways, building bridges. That’s what the New Deal was really about. And like all of us who have ever funded a payroll, you got to have money to run payroll.

And so that doesn’t really work with how we live today.

We invented what we call the “non-premise”. And the reason that we invented it was, this is the 21st century, and I have a remote control to life, and it is my iPhone or Android device. It gets me absolutely everything, right. It will get me any food. It gets me my paper towels, Amazon, right? Like my phone is the interface to which I get everything conveniently delivered, which means I don’t have to go to a physical location anymore to get it. And that’s really what Sourced built, what we call the non-premise.

We’re built to deliver the bottle, as well as all of the other components for a fully-curated craft cocktail from your phone directly to your home or your office, both of which are non-premise, meaning your office building is also unlicensed. It’s not a bar, it’s not a liquor store. So legally we’re able to deliver the alcohol as well as all the other components so that you can have an elevated experience that meets the moment.

How is it even legal?

I had worked in each of the three tiers, so I knew a lot about the regulatory environment.

Because I knew a lot about the three-tier system, I knew a lot of the state regulatory boards. We sat down and said, “OK, we’re going to partner with off-premise retailers, liquor stores, and they are going to list their inventory, their bottles of spirits and wine and beer on our e-commerce platform, and we’re going to act as the marketing agent.” We’re going just like the wine industry does in California, right? The company that actually runs a winery’s website that sells cases of wine to be shipped is not in almost every instance, the winery itself. They know how to produce fabulous wine. They do not know how to run an e-commerce platform.

And we went through a process with each state, one by one, describing how that process would apply in distilled spirits and why it would be legal under those interpretations. Over the last five years, we’ve delivered over 10 million craft cocktails.

You just add the final step, which is linking the retailer, the licensed one, to consumers. So, you’re just extending the radius at which the alcohol is delivered.

We’re looking to make it an elevated, very premium experience because our consumer is not a 25-year-old who’s looking for a bottle of vodka with red bull. Our audience is a little bit older, 30-to-45 years old. They want the end product, which is the cocktail, not just the raw ingredient, which is just the spirit.

If I’m an individual ordering a cocktail in New York, how, how long would it take for the cocktail kit to be delivered at my door?

This is the easiest phrase to say, and it’s probably the hardest thing I’ve ever done in my career, which is we own the last one mile. We own the delivery mechanism itself. We built our own tech stack, our own logistics software. Everything about it is our own platform and, as a result of that, you can order in New York city at 2:00 PM and have it delivered that day between four and eight, with everything. The cocktail, fresh ingredients, the glassware, etc.

Everybody is working remote, meaning they’re working from home. We deliver a cocktail kit with all the ingredients all the way down to the non-premise unlicensed front door of the employee’s house. And then everyone gets on a video platform like Zoom. And we actually do a cocktail demonstration, how to make the cocktail, history of the cocktail and, my favorite, cocktail trivia. We’re essentially creating a real cocktail. And it’s the same cocktail that everyone is having at the same moment.

Even after the pandemic companies aren’t going to bring everyone back to the office five days a week, nine-to-five. That day is gone and it’s never coming back and so this is a way to create a shared experience. We’re all having the same real cocktail at the same exact time, but do so while we’re all still remote the other way.

We definitely have local craft brands.

It’s a digital environment, so that digital shelf space will change. We’ll show you a cocktail kit based on physically where you are. Part of what we’re doing is using the benefits of digital technology to curate what is available based on your IP device, on where you’re physically logging in.

Where does wine fits in all of this?

I love wine, and really appreciate the wine industry for the craftsmanship. We have three different opportunities in wine. Number one is, it’s always an add on. So, in our cocktail kit, we’ve added a bottle of red wine because we found through our data that consumers are going to drink the cocktails before Easter Sunday dinner, and then they’re going to have wine with the dinner, right.

The second sort of relationship we have with wine is that we’re actually going to actively explore a very elevated education experience.

We’re not trying to replace the on-premise experience. Not at all. We’re trying to make the non-premise experience a more comfortable one for the consumer because they’re more educated and they’re competent in what they’re ordering. We’re going to do the same thing with wine, which is create a very elevated experience where there is no cocktail. It is just a wine pairing where we’ll partner with a wine brand and we’ll let them educate our clients about the nuance from the wine.

There was a lot of flight out of the urban markets. There was a big interest in home ownership because the mortgage rate is so crazy. And so, you’ve seen this huge uptick in home purchase, a lot of which is first-time home purchase of the millennials. They’re 40 years of age, and they’re in the peak of their earning, meaning they have the disposable income to afford that product level. Number two, they’re now in a life phase that gives them a time and a place to be interested in exploring this, because they’re not going out five nights a week to a nightclub anymore,

Would you have any advice for all those, you know, winemakers and producers that want to enter the digital space?

I’ll give two suggestions. The first one is just a really important reminder: storytelling. We tell this very specific and unique story when the consumer comes to our vineyard and it’s magical. And what happens when we tell that story is that becomes a lifelong consumer, that we can build our business around. And I think in the digital space, we often forget the absolute, utter importance of being good storytellers.

And then the second thing I’m going to decide is how am I going to tell my story based on KPIs and what I think we often forget.

Start with step one, which is what is my core objective? Do I want to just get awareness or do I want to get conversion? Then the third and final thing I would do is pick your partner, right? Based on my audience and my KPI objective, am I picking Pinterest? Am I picking Google? Or am I picking Facebook, right? Or depending on exactly where you are and what you’re trying to accomplish, you could pick Amazon, right? Those are really your four big platforms that you want to decide around.

How do you manage the responsibility towards the consumer’s health?

Number one, we have a great benefit in that in our B2C channel, we’re delivering it to people’s homes, meaning they’re not driving anywhere. Number two, we actually won’t offer a larger cocktail size then a 375ml bottle. No matter how much Google or Facebook or Snapchat or Netflix or MetLife want to spend with us, we won’t sell them more than the equivalent of six cocktails in a bottle. We don’t want to encourage over-consumption because we view it as immoral. And it’s a bad business decision.

There is always a responsibility message going and what we put in the cocktail kits is hydration. We put water. We never charge the client for it. And the reason that we’re doing it is that we’re educating the importance of hydration and not over consumption, because the way we describe it to the consumer is if you have a headache the next day, that is your body telling you that it’s thirsty.