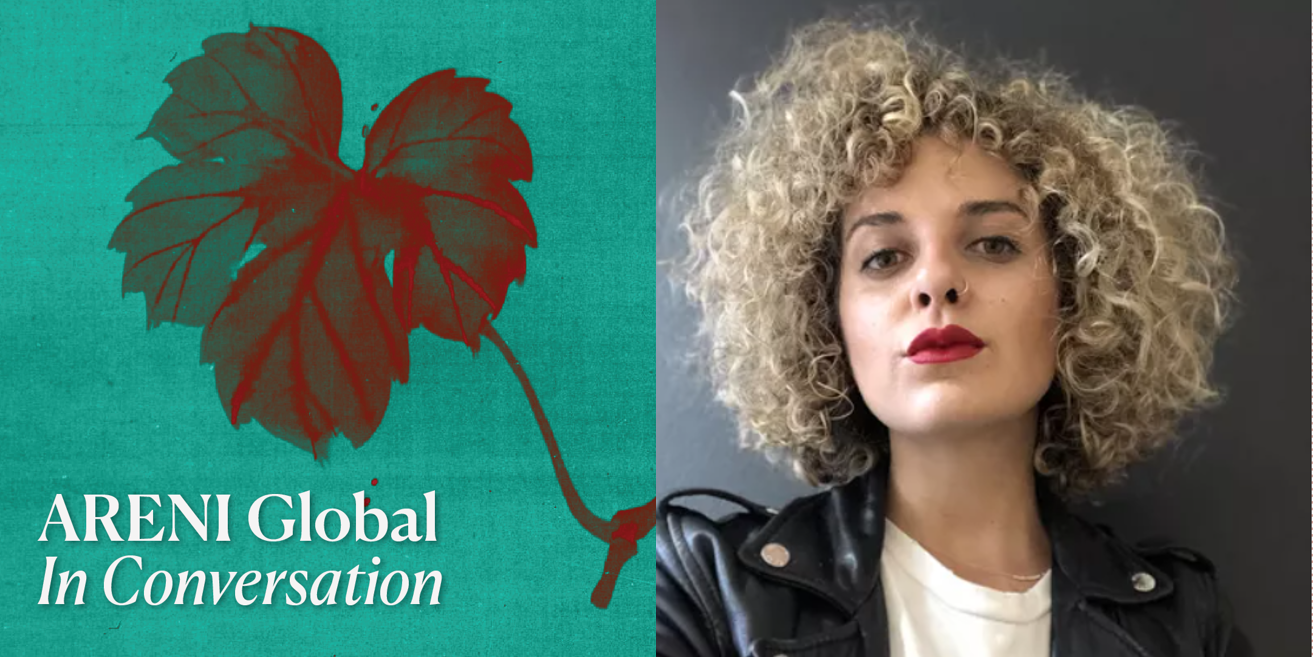 Alicia Kennedy is an American writer based in Puerto Rico, whose widely-read newsletter From the Desk of Alicia Kennedy has made her a star in the world of food writing. Her book on veganism, published by Beacon Press, will be released in 2022.

ARENI spoke to Alicia from her base in Puerto Rico about what she is excited about in food and what diversity, equity and inclusion means in the world of food. In a wide-ranging conversation, we covered the role of the food media and influencers, the role of storytelling and the role of wages and labour practices. We began with the topic of sustainability.

There is no restaurant without food, and no food without ingredients. You have written a lot about ingredients, their sourcing, and their bigger link to history and colonialism. Could you briefly explain to us what is at stake here when we talk about ingredients sustainability?

I think of sustainability as multi-pronged. It isn’t just about how an ingredient affects the earth ecologically, but whether the labourers at the farm or at the factory are being paid properly. Is their health taken into account? You know, we’ve seen during the pandemic that many owners of agricultural or meat processing businesses have no regard for the workers being properly socially distanced or having proper PPE protection and have no regard for their workers as human beings. It’s also about who has access to ingredients and whether they’re able to afford it — whether their wages are enough to afford food that has been grown with ecological care.

We have to think of all of these things when we think of sustainability. In the United States and Puerto Rico, a colony of the United States where I live, there is a federal tipped minimum wage of $2.13. And that is all that an employer has to pay employees and then the rest of their income is made from tips.

Are they paying a living wage without it being required? And then are they sourcing ingredients sustainably with concern for the ecological effects and for the labour effects and are they able to charge what that is worth? Are the people going to the restaurant able to afford that? It’s such a big circle. It’s difficult to get a real grip on because it is so massive and so much is stacked against a sustainable model when it comes to both ecology and labour, because there are so many lobbyists in the United States. There is just more profit to be made if one is doing things without care.

Speaking from Puerto Rico specifically, we have a very interesting situation, because it continues to be a colony controlled by a century-old act called the Jones Act, that controls how things get in and out of Puerto Rico, which makes things here a little bit more expensive. In terms of wine, it’s extremely interesting because there’s still a ton of Spanish wine here. It’s very challenging for us to find other kinds of wines.

You are in Puerto Rico but were previously based in New York. How does your access to ingredients influence the way you cook? The way you think about food?

In order to support local foods, we go to the farmer’s market every week. I’ll use different local ingredients, but also imported ingredients as well. I think about things a little bit more intentionally around serving size and around the meaning of waste, because local ingredients are scarce. It’s more important to think of them as precious items rather than as just something to stuff in my face. It’s made me a much more conscientious cook.

You can make sustainable choices that are in wonderful taste if you’re buying local and seasonal ingredients and letting that power your cooking. Not everything has to be local and seasonal, but it’s both a sustainable choice and a great choice regarding quality. I see my role as a food writer is to constantly push against the idea that we are doomed and we have no real options.

Are there any particular ingredients that we should completely take out of our diet? How can one measure the “butterfly effect” and the environmental and social consequences that such decisions can lead to?

I am a vegetarian, but I understand that some people don’t have that ethical problem with meat. And so, it’s important to just eat the best quality. What has been treated well in its life. And so maybe that choice is going to be a little bit more expensive. And you don’t eat it every day, you know, for three meals a day. And you supplement that with beans, with tofu or with tempeh, which can be made from pretty much any legume that you can find. And it’s not having bananas every day, if bananas aren’t local to you, it’s not having avocado every day if avocado isn’t local for you.

Based on all the research work that you have done, what would you say are the main issues of the restaurant world pre-pandemic?

It’s the wages. It is the focus on the chef as the most significant figure in the restaurant and not as part of a constellation that gets everything to the table. I think that could change post-pandemic. We could see more of a focus on the entirety of labor that goes into a restaurant.

Hopefully we’re going to see the passage in the US of a $15 minimum wage, but happening over a very long time. And that would also see the elimination of the tipped minimum wage. Also, obviously we need universal health care in the United States in order to make it feasible for people to work at a restaurant and not be worried about healthcare.

There’s just so much that needs to change on a very big and large scale for restaurants to exist in a way that isn’t exploitative.

If you had a magic wand, what are the big structural change that you would do to re-invent the restaurants post-Covid? What would the experience look like, for staff and clients alike?

We need to change the ways in which meat and dairy are subsidized, as well as eggs and soy and other products that are kept in unsustainable conditions. This would change everything about restaurants. These seem like issues that are a bit removed from restaurants, but if you change the conditions under which people have to work in the industry and you change the ways in which food is harvested and grown or, in the case of meat, processed, they would by design have to serve less meat. Workers wouldn’t be stuck working in a job where they were being harassed or abused, because they would have this safety net. That would change everything and would get rid of the toxic chef ego as the only factor that we consider when we talk about restaurants.

For me, the restaurant as an experience is a bit of a silly idea. I think the restaurant is about sustenance first and foremost and, and hospitality is secondary. I always think of Alinea in Chicago where I went once and, you know, it’s a very striking experience, but I left hungry.

There’s a lot of new food media that’s really coming up and is wonderful. We’re seeing a lot more interesting approaches to what food media can be and what it can cover. And we’re seeing a real death of older stuff. With these smaller, more independent outlets and magazines, I think that we’re going to see more changes happening.

We’ve seen Food & Wine, while not perfect at all, take a bit more of a step in that direction. They had a big piece on customer entitlement during the pandemic. I think that the power of smaller food media is forcing changes in bigger places. In terms of the wine scene, there are so many smaller kinds of outlets covering wine from different angles. These smaller outlets are going to push the change in the bigger ones.

You have collaborated with Stephen Satterfield, that we received here to talk wine language with Eric Asimov. What about the language of food?

People are a lot more conscious about words that could be classist or racist or fat phobic. There is a lot of concern around being expressive in a way that makes everyone feel included. That is really taking root and that’s a good step. I hope to see more of it and language become more expansive in order to include a diversity of ideas and of thought.

I wrote about the need for translation and food media. We should have people write in their own words about these things rather than constantly putting a sort of imperialist vision upon them. I don’t think that we’re going to get anywhere unless we are talking to each other on a more equal footing globally.

You’ve once wrote: “I believe it’s the role of the food writer to force readers to continually recognize the realities of the food system and those who labor in it.” Does writing about “what is bad” more important that the “what’s dreamy” about an industry today? How can we tell these stories without driving away people from food (or wine) entirely?

Food media in general, as a rule, has focused far too much on the happy, nice stories and not enough on the reality of situations. The example is always Gourmet magazine, which closed in 2009, which would occasionally publish stories that weren’t so happy. They published David Foster Wallace’s Consider the Lobster, around the ethics of eating lobster. They published Barry Estabrook’s’ piece on tomato farming in Florida in which there was slave labour. There’s a precedent for a food media that shows the good and the bad, the pretty and the ugly. We have to move toward that.

I just hope that we can create a new language for the way we give things accolades in the food and wine world.

This interview has been condensed and lightly edited for clarity. To hear the full discussion, go to: