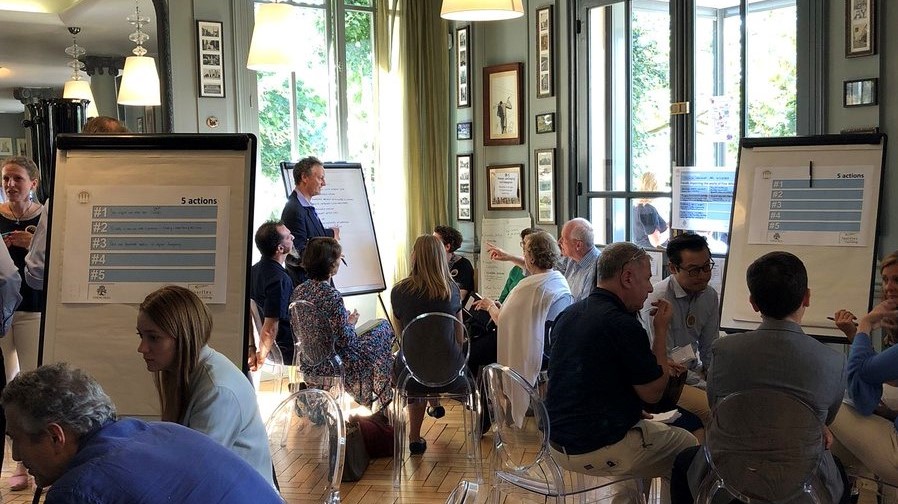 Try and tell anybody in the wine industry about the value of conversations, and you’re likely to be met with a baffled face. It’s not because people are averse to talking with one another, but because it’s seems like such an obvious point. This is, after all, an industry where sitting round the table sharing food, wine and conversation is part of the job description. Talking is what wine people do.

At least, they did. And then came COVID-19 and slammed many parts of the industry against the wall. Restaurants shuttered, wine tourism closed, airlines began dumping their wine stocks and chaos in the shipping industry damaged the export trade. At which point, many businesses discovered they hadn’t been having conversations with the right people after all: wine tourism companies should have been paying much more attention to their local customers, while wineries who hadn’t yet built a virtual store found themselves struggling to adapt. And more than one wine company found itself in the position of begging their supplier for better payment terms.

It turned out that many people had spent years having the wrong conversations.

How to have a productive conversation

When companies get to a point of crisis, they need to do a turnaround, a process that’s been well documented in business literature. According to Professor Boris Groysberg of Harvard Business School, the right conversations can actually save a company that’s heading for trouble.

“In almost every sector, there are once-dominant enterprises that find themselves on the wrong side of a shift in customer demand or the emergence of a disruptive technology,” he wrote in the Harvard Business Review. At this point, many companies decide to act with speed – to decide on a change in direction, and then to implement the new decisions.

What the companies should be doing instead, he says, is slowing down and having conversations, “to stop and talk with the people in their company who must do the day-to-day work of moving the organization in a new direction.” Successful transformation, according to Professor Groysberg, depends on many people pulling together.

Unfortunately, too many leaders and companies believe they’re already good at having important conversations, according to Michael Fingland, the CEO of Vantage Performance. Whereas the heart of a business crisis can be a breakdown of communications among key stake holders, whether they are employees or suppliers. He recommends four steps to move forward:

This sounds easy enough, but having open conversations can be surprisingly difficult for the wine industry. For a start, many wine businesses are family companies, where loyalty and privacy may be more valued than transparency and open conversations. It’s also a global enterprise, crossing many time zones and multiple languages and cultures, each with differing levels of openness. And it’s an industry much more comfortable with conviviality, socialising and food, rather than tough conversations.

“Realizing your goals will take more than passion, vision and commitment: it will take talking to other people.”

The last year also brought the additional problem of everybody being physically isolated, rather than mingling at trade shows and exhibitions, where spontaneous conversations can happen at any moment.

The Age of Zoom

History will probably know 2020 as “the year of COVID”. But for the people who lived through it, it was very much “the age of Zoom”. As everyone scrambled to learn about the importance of the mute button and ring lighting, Zoom went some way towards filling the gap, and many producers were delighted to discover that they could send out wine samples to multiple people across multiple countries at once. Finally, it seems, the days of getting on a plane to see a few people at a time are over. As 2020 progressed, Zoom tastings went from being scrappy affairs to being scripted and produced, like mini-movies.

But even these tastings had a somewhat artificial quality to them, as participants found themselves typing questions into chat boxes, rather than engaging in easy, back-and-forth banter, as they would in person.

Fortunately, many people stepped up to the challenge, running seminars, webinars, guided conversations and more. Wine magazines and agencies alike used their professional skills to facilitate some of the most interesting conversations the trade has ever seen. For the first time, conferences and conversations could be thrown open to international participants, bringing people together across borders and time zones. And one of the organisations doing this was, of course, ARENI.

Since its founding, ARENI’s mission has been to get great minds together around a table, to thrash out issues affecting the wine trade. It became clear to ARENI from the beginning that there were six particular areas that were worth putting under the microscope: money, technology, social change, natural and human resources, the Fine Wine customer, and market access.

In 2020, those conversations became even more urgent. Relatively early, it became clear that COVID-19 was more than a freak event that everybody needed to wait out; rather, it was upending everything that the world had taken for granted. The pandemic wasn’t the only shock that 2020 delivered—the death of George Floyd in 2020 and the rise of the Black Lives Matter movement in the USA opened the door to conversations about diversity and inclusion across the world. Some of these conversations are very difficult and challenging, but they’re also long overdue, and Fine Wine will not be immune to the fallout that comes from social upheaval, any more than it can be protected from the effects of climate change.

It was, indeed, a year of important and fascinating conversations. ARENI’s latest publication, A Year in Conversation, has pulled together some of the most significant ones, hoping that it will spark further discussion. It’s worth taking a look, because our interviewees don’t just come from wine, but also from other industries, and academia, collectively offering thought-provoking perspectives about the future of wine, that cannot be found anywhere else.

If there’s one message that comes through from all the conversations, it’s that the past year has offered an unparalleled opportunity to reflect and reconsider. It’s been a crisis, yes, but one that should definitely not go to waste.