In light of the gradual and undeniable rise in temperature, in 2007 Bodegas Torres decided to take an even more active and decisive role in protecting the planet and the environment. The fight against climate change became a defining aspect of this mission.

In light of the gradual and undeniable rise in temperature, in 2007 Bodegas Torres decided to take an even more active and decisive role in protecting the planet and the environment. The fight against climate change became a defining aspect of this mission. This led to the introduction of the Torres & Earth Program with the ambitious goal of reducing CO2 emissions by 30% per bottle between 2008 and 2020.

Below are some of the main actions conducted to achieve their ambitious goal:

By 2016, Bodegas Torres had managed to cut its own CO2 emissions by 40% compared to 2008, the year the company announced its commitment. This represents 15.6% of per-bottle emissions.

“Our suppliers are responsible for 90% of our carbon footprint. This is why we cannot reduce this percentage on our own. It is therefore absolutely essential that we work with our suppliers; their participation is key to meeting our goal of a 30%-reduction in CO2 emissions by 2020.”

Bodegas Torres has been collaborating with its suppliers of ancillary materials, raw materials and logistics since 2015 to design specific carbon footprint reduction plans that focus on energy efficiency, renewable energy, biofuels, and the development of lighter packaging with a lower environmental impact.

This year the company held its first-ever awards to recognize suppliers who have made the greatest contribution to combating climate change.

The project to bring back ancestral varieties (now part of the research aimed at adaptation measures) predates the Torres & Earth program and now seems like a decision that was ahead of its time. The project plays a major role in rediscovering the rich winemaking heritage of our homeland.

It is all about seeking the singularity of indigenous varieties rescued from oblivion, and emphasizing the identity and provenance of each wine in a globalized world. But even more importantly: many of these revived varieties display excellent enological potential, as well as a natural resistance to rising temperatures, drought or certain diseases that affect the vine.

The project’s success is embodied by varieties like Garró, Pirene, Forcada, Gonfaus, Moneu and Querol.
The efforts of the program have yielded tangible results, primarily in terms of measures to adapt the vineyard to rising temperatures, the conservation of biodiversity, energy efficiency and responsible water use, to name a few.

The Torres Family have been fervent advocates for a global sustainable approach for wineries and are more than happy to share and discuss their approach. 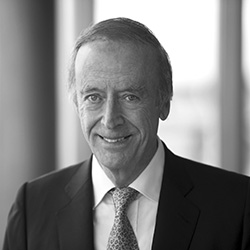 Miguel is the president of Bodegas Torres, one of the most recognized and successful wine brand in the world. His concern about climate change and the environment has been recognized internationally, shaping the company’s firm belief in social, environmental and economic sustainability.