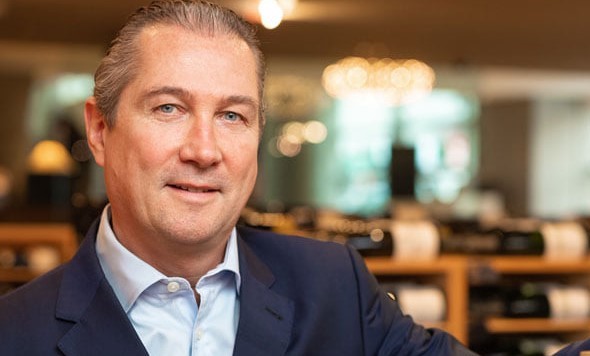 It’s not news that the pandemic is changing the way the wine trade does business, including accelerating the move to online selling. According to Jamie Ritchie, the Worldwide Head of Sotheby’s Wine at Sotheby’s auction house, the pandemic is shaking up the wine auction market as well.

It’s making it more dynamic – and attracting a new audience.

“The wine market has been strong,” he said in late September, while speaking at an ARENI Global Insight Series webcast. “We have had very successful sales in each of our locations – London, New York and Hong Kong.”

The spirits market is booming as well. Ritchie says that in 2018, the auction system only accounted for 3% of spirits sales. Sotheby’s entered the market last year, in time to catch the upswing. “This year it’s 19%. We see great strength in the spirits market.”

While he admits that the wine market has been a little bit softer in Europe and the USA, “we are very fortunate in our business to have willing sellers and buyers.” And Sotheby’s is also seeing many new buyers enter the fine wine market for the first time.

Sotheby’s has also moved further online. “Last year we were 90% live auctions, and this year we will be 30%,” he says.

One unexpected result is an influx of younger bidders. “Fifty percent are under 50,” says Ritchie. “We’ve been attracting a much broader, younger market,” across all their international markets.

This new audience is still mainly male, though Ritchie says that some of the most significant collectors that Sotheby’s deals with are women, and that the female segment of the market is growing in value. “It’s something we’ve noted,” he says, and adds they are considering how to attract more women to events, once events become possible again.

It’s worth noting that this influx of new buyers doesn’t necessarily mean dramatic price rises, because there are always collections being released onto the market. “In the auction business we talk about the drivers for supply being death, death, divorce,” and in the wine and spirits auction business there is the added question of “doctors’ orders,” where people have to give up drinking for their health. Ritchie says that, unfortunately, the pandemic has increased both debt and divorce (“because people have to spend more time with each other!”), which means more collections will be on their way to auction. He adds that the “majority of wine we sell comes from people who have acquired too much. People just wake up one day and realise they are never going to consumer the wine they have purchased.”

And, unfortunately, there is more inventory to sell because so many restaurant cellars have to be sold. “We have been helping people out in different ways,” says Ritchie.

Moving to online does present challenges. Today, Sotheby’s is a multinational company headquartered in New York; yet it also dates back to 1744 and has a deep heritage to be respected and maintained. The challenge is to harness the new tools, “while also reflecting the traditions of the business.”

“If we just become another online business, that’s not going to be successful. We need to transform Sotheby’s, but bring its heritage with us.”

Sotheby’s recently trialled a new system, where the bidding is done online, but a live auctioneer stepped in to finish the auction. “The auctioneer is mostly announcing the prices bid online,” explains Ritchie, “but also using some traditional methods of encouraging and soliciting more bids – it is probably 20% of their traditional role.”

Creating a human/digital hybrid is only one part of the challenge, however. There is also the question of how wine can move around the world in a pandemic.

Surprisingly, Ritchie says the wine auction market isn’t as global as other sectors of the auction scene, such as watches and jewellery. “Wine is bulky, expensive to transport and highly regulated,” says Ritchie. “The regulation is super important – we have tariffs on French wines and Scotch whiskey coming into the US. That immediately means that it’s 25% more expensive before shipping.”

Most wineries will never see their wines end up at auction – but many would like to. In recent years, icon wineries from Italy and the New World have listed their wines on the Place de Bordeaux, in an attempt to enhance their fine wine credentials. “It works very well for certain wines that have already achieved demand in international markets,” says Ritchie, “but it’s not a very good place to put something that doesn’t have a strong following. It’s a very efficient distribution system, but not very efficient for building a brand.”

Probably the best way to create a following for a fine wine is to give it time. Ritchie points to a new generation of Burgundy producers whose wines are now in demand in the secondary market. “The rise in demand for Burgundy was a time and an evolution process,” he says.

The most important thing for the future health of both wine generally, and the wine auction market specifically, is the ability to move around again. “We can keep doing what we’re doing, but we’ll keep doing the same thing,” he says. “The issue for us is that wine is intensely social; for getting together and drinking and enjoying, it needs us to move around again.” Something that’s been true since 1744, and which will stay true long after the pandemic is over.