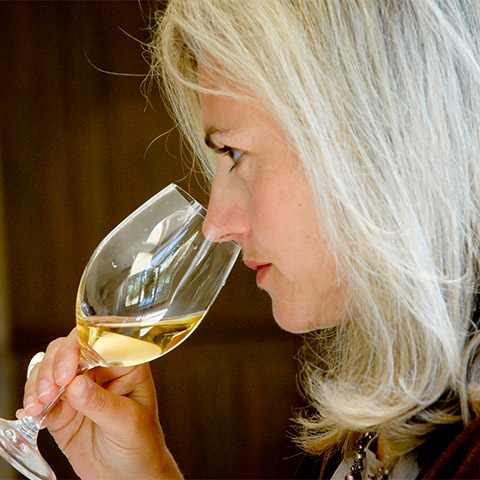 Nicole left her career in International finance and David Rockefeller’s geopolitical think tanks, to join her husband Xavier and his family in the Rhone to restore a historical vineyard, derelict but magnificently wild, and its abandoned Medieval prior– a hidden gem in the heart of a UNESCO biosphere. Increasingly convinced of the site’s exciting potential to produce Grand Cru-quality wine, she studied at WSET then UC Davis, and called upon her inner entrepreneur to transform this medieval Sleeping Beauty into a cutting-edge wine estate. Chêne Bleu wines were launched in 2010 to critical acclaim. She remains deeply committed to reconciling business success, social responsibility, ethical and sustainable practices, pushing the boundaries of sustainability. Knighted as Chevalier de Tastevin in Burgundy and the Echansonnerie in Chateauneuf-du-Pape, she co-founded the International Grenache Symposium and Association in 2010, then a wine school, and founded FM4FW in 2017.