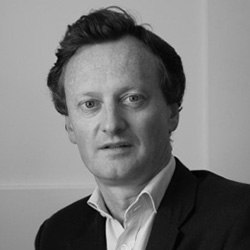 Charles founded his eponymous museum and exhibition design practice almost 30 years ago. The firm has been associated with world class museums and landmarks such as the British Museum, the National Gallery, Windsor Castle, the Sir John Soane Museum and the Tower of London. Charles has also worked with auction house Christie’s, banking giant HSBC, the Houses of Parliament, Harrow School, Arundel Castle and Tate Britain. The practice’s foreign commissions include exhibitions for the National Council for Culture, Arts & Heritage in Doha, Qatar, as well as the Thai government, the Saudi royal family and a redesign of the National Museum of Ras Al Khaimah. He has designed a number of private museums, including one housing the world’s premier collection of Persian historical objects outside Iran.

Charles was Chairman of the family business, John Smedley Ltd, a 227-year old textile manufacturing business from 2010-14 and continues as a shareholder. The firm’s iconic jumpers and long johns are worn by the likes of actor Bill Nighy and the royal family, as evidenced by its Royal Warrant and an official visit by the Queen to its factory in 2016 – the oldest surviving knitwear factory in the UK. It is one of the few luxury firms that continues to produce its goods in the UK, including those sent to its largest export market, Japan. John Smedley has also produced knitwear collections with Vivienne Westwood and Comme des Garcons, among other top brands. The environmental sustainability of its knitwear was demonstrated by Prince Charles with Charles Marsden-Smedley as part of the Campaign for Wool, when the heir to the throne buried a John Smedley jumper and a synthetic jumper. A year later the former had biodegraded and the other had not.

Charles was a member of the Goldsmith’s Company Exhibitions and Promotions Committee from 2011-14; a Trustee of the Georgian Group, the charity that preserves Georgian buildings in the UK, from 2003-15, and has recently stepped down from the Arts & Library Committee of the Marylebone Cricket Club, Lord’s, after 6 years. He is an elected a member of the Royal Society of Arts.